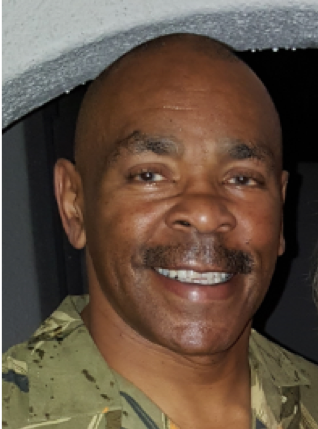 Billy T. Taylor is a graduate of Texas Tech, earning a Bachelor of Arts degree in Sociology with a minor in Communications. As a running back at Texas Tech, Billy gained 965 yards as a senior and still holds the record of most touchdowns in a single game.

That was just the beginning! Billy is an accomplished athlete who was a 4th round draft pick with the New York Giants. He had a successful career as a Running Back for 7 years, and was known as B.T. Express, due to his quick speed on the field which gained him 148 yards rushing on 33 carries in his first game.

Billy naturally transitioned into role as Sports reporter. A position he held for 12 years. He was a talk show host and commentator for a nationally known radio channel - WFAN Sports Radio. He had the opportunity to cover multiple sporting events both professional and college level.

With his excellent command of public speaking, his next venture was to become a corporate trainer which he continues to practice today.

Billy is also an active spokesperson for Big Brothers and Big Sisters where he mentors children at events that are held at Giant Stadium. Billy also has an active role at Molloy College where he mentors students on how to create presentations.

On a warm day, Billy enjoys Kayaking in local areas with his friends and family. Still actively works out and maintains a positive core believe, “That one should always maintain a positive approach to life”.

Billy is excited to join the Gold Coast team, understanding fully the impact that vision has on sports performance.